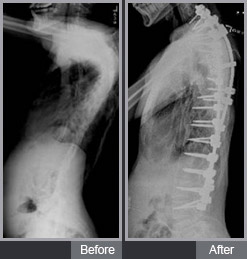 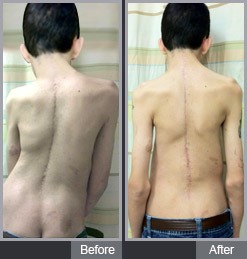 19 year old male with neurofibromatosis and severe kyphoscoliosis. He had undergone multiple previous surgeries, including growing rods and subsequent fusion when he was a child. He had broken implants due to pseudarthrosis and had the implants removed several years prior to presentation. His curve had progressed since then, he was in severe pain due to his coronal imbalance. He underwent a two level vertebral column resection, fusion and instrumentation to correct his imbalance. 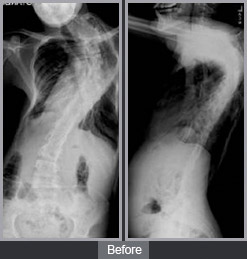 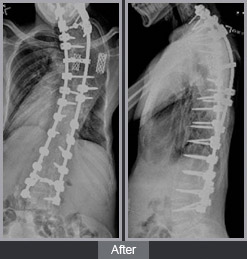